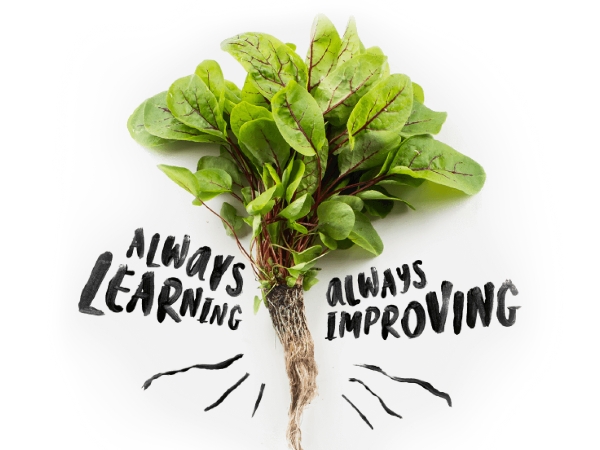 With a mix of equity and debt financing, the fresh capital infusion brings Infarm’s total funding to date to more than $300 million, underscoring consumer and retailer appetite for Infarm’s innovative approach to fresh, sustainable and local food production in the wake of this year’s pandemic. By 2025, Infarm’s farming network is expected to reach more than 5,000,000 square feet to become the largest distributed farming network in the world as it builds towards helping cities become self-sufficient in their food production.

The investment will be used to deepen the regional and local penetration of Infarm’s global farming network and complete development of Infarm’s new generation of vertical cloud-connected farms, capable of generating the crop-equivalent of acres of farmland and amplifying the diversity of produce currently available through vertical farming. An integration of advanced engineering, software and farming technology, these farms will save labour, land, water, energy, and food-miles, while contributing to a more sustainable food system.

Erez Galonska, Co-founder and CEO of Infarm said: "The coronavirus pandemic has put a global spotlight on the urgent agricultural and ecological challenges of our time. At Infarm, we believe there’s a better, healthier way to feed our cities: increasing access to fresh, pure, sustainable produce, grown as close as possible to people. As we scale to 5,000,000 sq. ft in farming facilities across Europe, North American and Asia by 2025, this investment will help us make a truly global impact through our network, preserving the thousands of acres of land, millions of liters of water and ultimately change the way people grow, eat and think about food."

With operations across 10 countries and 30 cities worldwide, Infarm harvests 500,000+ plants monthly and growing while using 99.5% less space than soil-based agriculture, 95% less water, 90% less transport and zero chemical pesticides. Today, 90% of electricity use throughout the
Infarm network is from renewable energy and the company has set a target to reach zero emission food production next year.

Dharmash Mistry, Partner of LGT Lightstone said: "We are excited to partner with the Infarm team to accelerate their urban vertical farm vision, ultimately creating a more sustainable food system for a growing population. Fresher, tastier & healthier food using 95% less land & water, no pesticides and 90% less transport. With over $1bn of customer demand, partnerships with 17 of the top 50 global grocers, Infarm is set to revolutionise the market behind a unique ‘demand led’ modular business model. We look forward to working with Erez, Guy & Osnat to create a better, healthier & tastier future."

Pasha Romanovski, Co-founding Partner of Hanaco Ventures said: "We are big believers in vertical farming as we see the traditional industry going through (much needed) rapid disruption these days. We were deeply impressed by Infarm’s founders and management, with their ability to move fast and execute. What is extremely appealing about Infarm is their innovative and modular approach, using cutting edge technology that unlocks added value throughout the supply chain, benefiting both the retailers and end-customers. We see a massive demand in the market for sustainable, environment-friendly, and healthy food - and Infarm has just the right team in place to make this happen."

Founded in Berlin in 2013 by Osnat Michaeli and the brothers Erez and Guy Galonska, Infarm is dedicated to creating a future where local super fresh produce is available for everyone. The farms are placed in various locations in the city, like supermarkets, restaurants and distribution centres, so that vegetables grow and are harvested close to the moment of purchase or consumption.

These controlled, growing environments are connected to a central cloud-based farm-brain which gathers more than 50,000 data points through a plant’s lifetime, allowing the platform to learn, adapt and improve itself constantly, so that every plant grows better than the one before. This modular, data-driven, and distributed approach - a combination of big data, IoT, and cloud analytics, in addition to rapid growth at a global scale sets Infarm apart from any other urban, farming solution.

Business Solutions Centre is a South African-based telecommunication startup that has embraced a business model of providing a one-stop shop for all digital needs of clients. The startup’s Co-founder Dylan Pfeil explains ...read this interview here