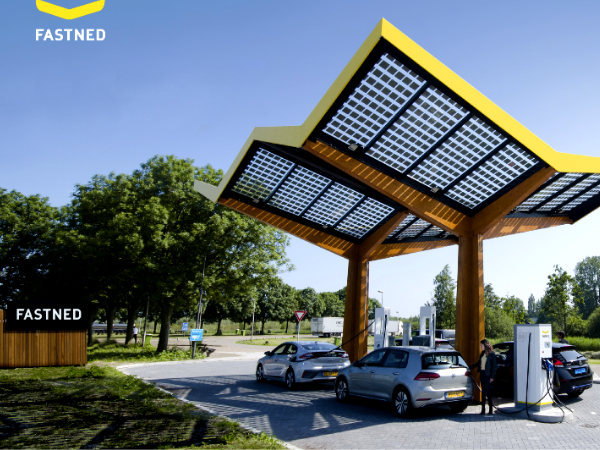 Schroders Capital's commitment is an important step in Fastned’s growth strategy towards 1,000 stations by 2030 as highlighted during the Company’s “Charging Day” and in its recent results publications.

The Company intends to use the proceeds of the Placement to fund part of the Company's capex plan that consists of expanding the capacity of its existing stations, accelerating the development and growth of its network of charging stations and the funding of capex for government related tenders as well as for general corporate purposes.

Michiel Langezaal, CEO, Fastned: ''I'm very pleased to welcome Schroders Capital as a long-term investor to Fastned. This not only provides Fastned with the funding to continue to roll out our network, enabling us to make the next big step towards reaching our goal of 1,000 stations before 2030. It also marks the start of a new phase with Schroders Capital’s large institutional sustainable infrastructure fund coming on board as an anchor investor, taking a long-term perspective on our business and industry, and being willing to actively support our growth plans. Their decision to play a part in the acceleration away from fossil fuels, towards a sustainable future and energy independence, at a time in which energy markets are turbulent and economic and geo-political circumstances uncertain, is admirable and something I applaud. With Schroders Capital, one of Europe’s largest independent investment firms on board, Fastned is able to accelerate the pace of building fast charging stations even further, catering to the exponentially growing demand for fast charging services. Building a wide and reliable fast charging network powered by wind and sun, plays an important part in the fight against climate change and the path towards energy independence.''

Jérôme Janssen, Co-head of Infrastructure Equity Investment, Schroders Capital: ''We are very proud to be part of the Fastned journey as European leader in EV charging, one of the next big infrastructure markets. As an infrastructure investor, we are intimately
familiar with the strong need in charging infrastructure to accelerate the adoption of electric vehicles. We are impressed by management’s track record of developing Fastned as the established market leader in the Netherlands today, and we are excited about management’s ambition to further expand its network across Europe. We feel privileged to support the Fastned team on its strategy of fast growth over the long term.''

The price per New Security agreed with Schroders Capital represents a premium of 20% to the volume weighted average price of the Company’s depositary receipts of ordinary shares (DRs) of the 1 month up to and including 14 October 2022.

The New DRs will rank pari passu in all respects with the currently outstanding DRs of Fastned. The New DRs issued pursuant to the Placement represent approximately 10.61% of the Company’s issued share capital and will be issued under the existing shareholder
authorisation provided by the general meeting of shareholders on 2 June 2022. As a consequence, the Company’s issued share capital will consist of 19,152,877 ordinary shares, respectively 19,152,877 DRs, upon closing of the Placement. The closing of the
Placement, including the listing and admission to trading of the New DRs on Euronext Amsterdam, is expected to occur no later than 4 November 2022.

Fastned and Schroders Capital have entered into a relationship agreement containing certain market practice terms and conditions governing their relationship after the closing of the Placement, such as in respect of Schroders Capital’s right to designate one person for appointment as supervisory board member, a lock-up undertaking for Schroders Capital, orderly market arrangements, tag along rights, rights of first offer and information rights.

BNP PARIBAS and Coӧperatieve Rabobank U.A. (in cooperation with Kepler Cheuvreux S.A.) acted as financial advisor to the Company and joint global coordinators in the Placement.